Nice day for a, wet wedding 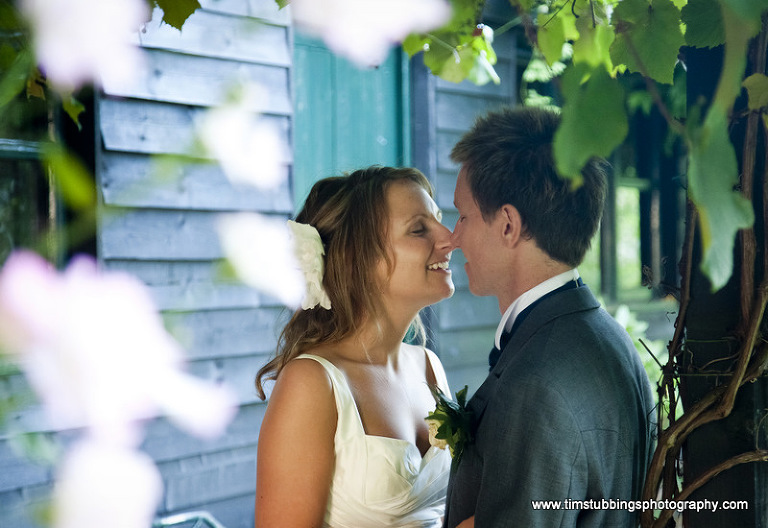 I wanted to take a bit more time than usual to write some training notes from a wedding I shot before I went on holiday, simply because it’s a useful illustration of what has to be overcome and responded to at a wedding where you can’t be in control of everything. Before I talk about specific pictures (they’re later on in the post), here is some background.

The weather forecast was truly awful. I had been tracking it for 48 hours on Accuweather so I knew within a margin of 2 hour when the downpours would come.

I had attended the rehearsal at the church a few days before and although churches tends to have low lighting anyway, this one was particularly dark and would require shooting on ISO 1600 or higher in order to use a 70-200mm lens with a working aperture of F4 and an acceptable shutter speed with or without image stabilisation. Why F4 rather than F2.8? When shooting a couple at and angle with a zoom you’re more likely to get both eyes in focus at f4 even though over a distance depth of field becomes less of an issue.

In case the full guests shot had to be inside because of the weather, I also tested 2 x 400W heads bounced off the top wall of the church and fill flashes from 3 speedlights. The speedlights were connected to Pocketwizards and the monoblocks on slaves. The speedlights were positioned at intervals so that the burst from the last one was enough to set off the monoblock slave. No brollies or modifiers – just bounce because it’s quick and flexible when wedding guests just want to get on with it. 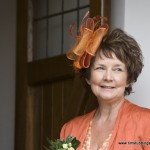 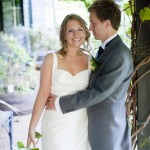 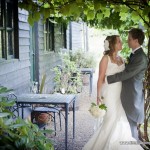 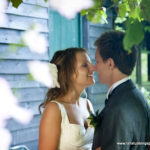 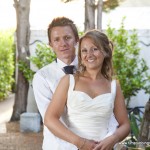 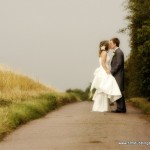 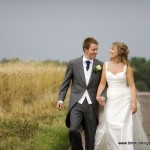 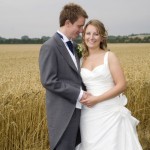 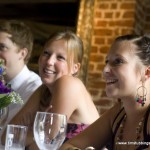 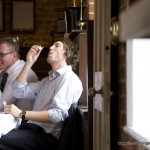 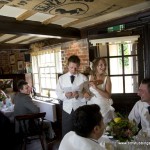 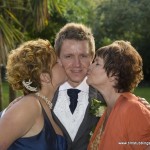 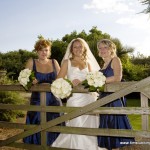 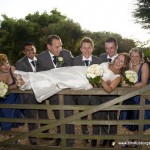 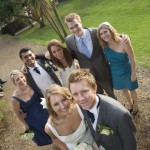 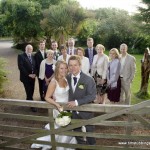 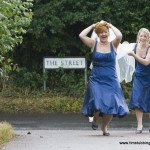 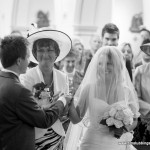 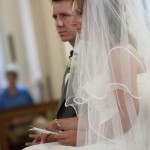 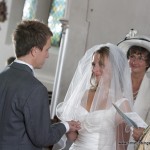 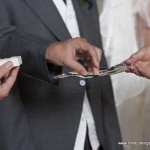 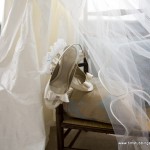 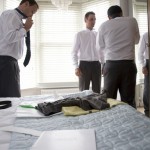 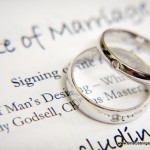 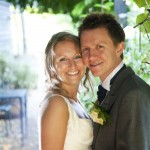 I’m skipping the bridal prep except to say that in a typical domestic interior in low light (it was raining outside and dark grey skies) it’s going to ISO 800 F4 @ 1/60 for quite a lot with a speedlight or two place on top of wardrobes, fireplaces or shelves to balance out the shadows. I had just enough time to get to the church to set up the lights (a lot of churches are locked until a hour before a wedding) and get cracking – it’s still pouring with rain. Guests start to arrive and I decide to shoot the groom and best man both outside and inside. When the bride arrives I stick to 1600 ISO for most of the shots but then switch to the flash guns off- camera for parts of the vows.

At the reception – after a drive through torrential rain – I know that I have an interesting challenge and driving time is thinking time! Because of the weather we’ve had to drop the bride and groom portraits down at the beach. At the reception venue – the Three Tuns at Staple, Canterbury – all of the guests will now be crammed inside because of the weather. Upon arrival Steve the venue owner is already offering to have the food and speeches brought forward as I know from my Accuweather forecast that from 4pm things will start to clear up (and some late afternoon sunshine could be fun to play with). There’s no room to swing a camera in the main venue room so with a break in rain I take the bride and groom out for 5 minutes in a country lane near by. Check out the grey skies!

During the reception I make a conscious decision to dump the 70-200 and use a 50mm 1.8. It’s a small venue so range is not an issue and I don’t want the pictures to all look the same from using the zoom. Although the available light is ok by the windows, for the speeches I place two flashguns on the bar – one towards the speakers in the dark corner and the other towards the background guests.

I knew that the session in the country lane with the bride and groom was not enough – so after the meal and speeches we make use of a pergola outside the guest accommodation block of the country pub. It’s 7pm in the middle of summer and I’m at between ISO 1600 / 800 ISO f2.5 1/80 / 1/60 outside! I decide to stick with the 50mm to keep me close to the couple. I normally shoot with the zoom so the 50mm will keep me fresh. With no sunshine at this point I’m burning out the background light with some overexposure but that can reduce contrast. Then, at last there’s a break in the clouds, so we turn the camera into the sun so that the couple are backlit by the low sunshine and we use flash x 2 as fill : one pressed into some foliage camera left and other held by a willing best man! ISO 400 / f6.3 at 1/60; f5 @ 1/50, the camera in the shade so we can use the Canon ST-E2 commander, camera set to manual. We now have directional light at three points – the sun and the two flash guns – and the contrast is much higher. The ST-E2 held up outside (normally I find the infra-red not very consistent outdoors)

As weddings go, it contained the usual challenges of lighting due to weather, venue, changing circumstances etc. It’s for that reason that professional wedding photographers will include in their pricing the time it takes to properly research a venue and also the extra equipment and expertise that is required when things change on the day. For me, the greatest surprise was to be shooting outside on such high ISO settings in the middle of August – but then again, this is England!