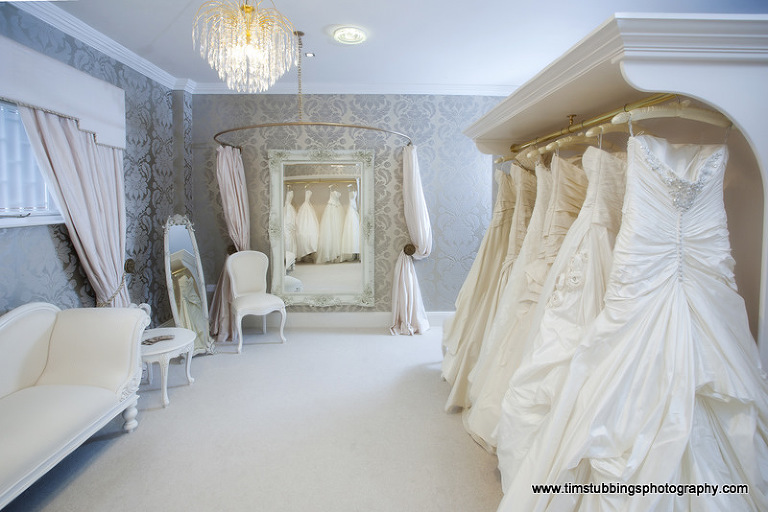 Teokath is a fantastic bridal wear boutique that opened this summer in the historic Cathedral City of Canterbury, Kent, showcasing a stunning collection of designer bridal gowns.I was shooting some interior pictures for use on their website and other promotional material.

The fit-out is amazing, but from a photographer’s point of view contains a few challenges. It’s large, it contains lots of mirrors and has contrasts sitting at the far ends of the spectrum – deep, dark greys and blacks and whites and creams of the wedding dresses. Wedding silk and other fabrics are reflective and can easily burn out. The lighting in the shop is fantastic for creating mood which means that it is low in places and must not be overpowered by pumping flash everywhere.

I had just under two hours and have 2 speedlites. In an ideal world I would have used gels to balance the lighting – but we’ve got florescent and tungsten bouncing around and I’m relying on the fact that the mixture of colours actually might work in my favour if I can create pools or shafts of white / daylight balanced light to make things look as 3D as possible. The bottom line is not to kill the ambient to death and not to blow the highlights on the dresses – but I must use shafts of light where I can to create lines / definition.

I put a brolly on one light stand to make a larger light source and also a second light (no brolly but with a Stofen) on another stand. The brolly light is positioned to make large corridor shapes in lieu of a window or doorway, placed behind walls. The Stofen is used for directional light because I can’t use bounce flash (it will pick up colours from the walls or be absorbed into the grey/black furnishings). I think most of the time I’,m at between ISO 200 and 400, F8 and shutter speeds no longer than 1/25. Tripod, mirror lock up and timer. At ISO 200-400 we’re in control of the noise which can creep in on longer exposures. I think lower ISO produces better contrast but that’s just my opinion. Now at these settings and with speedlites we’re not going to light the whole room – but we don’t want to. There are times when with portable lights to completely relight a scene, with ratios and areas of shadow just like you would a film set – but not today! 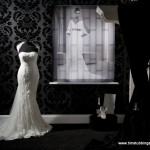 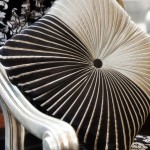 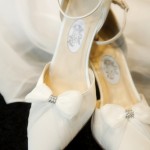 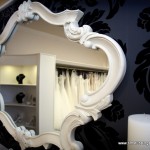 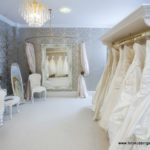 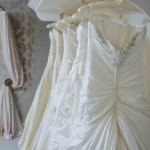 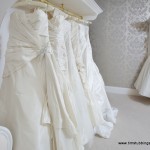 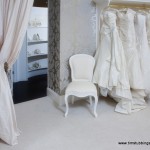 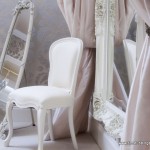 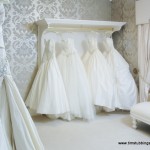 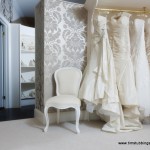 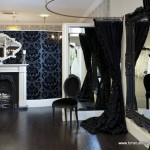 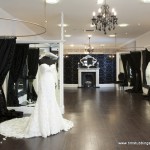 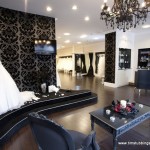 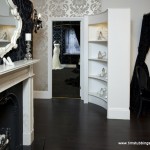 Problems? Well, the 5D Mk1 still drives me mad with the limited 9 focus points, the outer points always struggling in less than perfect light. That’s my fault for selling my 1Ds to have something lighter in weight. It’s the only reason I haven’t bought a 5D Mkii because the autofocus system is the same as the Mki. The only other thing was reflection of the lights in the mirrors or myself or the tripod. There were a couple of places where I just could not light the scene I wanted. There were a few times I overlit a dress or two but we got there. I also did some close-ups and had a finished set of 60 pictures to give to the client. Lenses – 17-40L with come correction in PS; 24-105L.